When The Grind pays off on the court 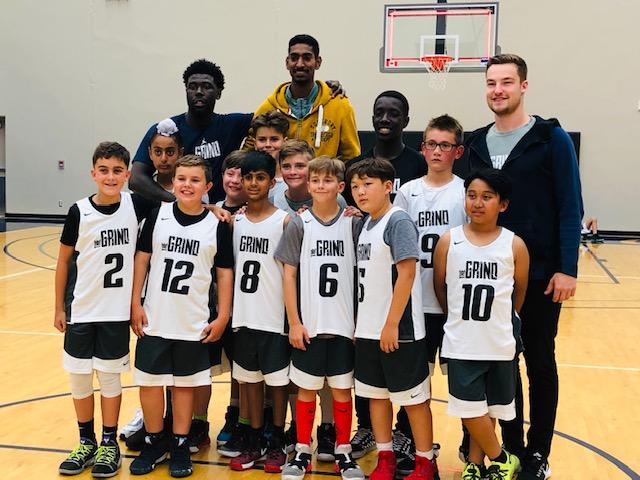 Grindin’ each and every day on & off the court from tiresome and gritty practices, cross-training, fundraising, and mentally pushing our personal bar daily…..all for this moment.  The moment of stepping foot on the big stage court at the Langley Event Center at the Drive Basketball Summer Classic Tournament as ONE GOAL WITH ONE GOAL! Representing our city, community, families, and playing for one another for the full 44-minute games.

Our GRIND U11 Boys did just that like you wouldn’t believe.  In the 1st game we came with full intensity but definitely had jitters in first few minutes as it was the first time playing in a major tournament in the Lower Mainland.  Once the nervousness faded and the teams confidence and defense remained strong it led to a victory.

Now that the ice was broken and the first win under our belt, the 2nd game was a true testament of OUR GRIND.  From all the team runs, suicides, 17s, and strength & conditioning every practice this is why we grind the way we do.  Coming up yet again with another win. Spirits were super high with so much support from families and the community on the sidelines. We enjoyed a great evening as a team over dinner. The second and final day was our championship push.  3rd game we came up victorious with the next undefeated team, Drive Basketball U11 both sitting at 3-0 record and its CHAMPIONSHIP basketball set to be played.  We initially felt the huge confidence of our opponents, with their Coach wondering who we were (The Grind? From where?) very shortly after the first few minutes it was evident we were playing with full passion and GRIND to win. This game was so intense for everyone (Coach Terrell’s first technical) while the boys came up short with 18-15 they were still winners finishing 2 nd place Silver in the U11 Silver Division.

A great Spring/Summer 2019 season where in just eight short weeks, they trained hard for two hours a day twice a week, they worked hard together as a team on and off the court. They worked together to raise money so no family or player would have to pay for tournament fees, ferry costs, transportation, or hotels. Everyone experienced something remarkable; a group of young boys, dedicated coaches, engaged and positive families, and a community that believes that youth sports can change lives.